There are many people who believe that a raw diet is the closest to the one that wild dogs live on. That’s why they consider it to be the best possible option, pointing out that dogs can live longer eating like that. Is that really the case? Yes, this probably is what wild dogs eat on their own.

But their lifespan is not at all longer than that of a domestic dog. Besides, the dogs that we have in our homes aren’t very close to their wild counterparts, especially if we talk about different breeds. Can you imagine a chihuahua living in the wild? It’s wise to assume that their needs and requirements differ significantly. It’s enough to compare the features and ingredients of some of the most praised dog food products to see how many different nutrients they contain (e.g., Dog Food Reviews: Acana.) So what’s the truth? Do dogs really live longer on a raw diet?

What does a raw diet include?

On the contrary to what a lot of people may believe, a raw diet doesn’t consist only of raw meat and bones. There was a study conducted which proved that dogs on a raw diet could leave up to 3 years longer than others. However, according to this study, a raw diet meant home-made food, which is meals eaten by the family. It also assumed that these meals were prepared with high-quality ingredients and contained a rich source of protein, essential vitamins and minerals, and have not been treated with any chemicals.

Ideally, a raw diet for dogs should include raw meat, bones, organs (always purchased at a trustworthy butcher), eggs, and fresh fruit and vegetables. There are also more and more dog food companies that offer raw meat and other products in bulk to make it easier and cheaper for you.

What are the benefits of a raw diet?

Food has actually the most significant influence on the lifespan of a dog - it’s more important than their housing or family members. What’s more, in the case of pet dogs, it’s also the factor that is wholly controlled by you, the owner. Sterilization can increase a dog’s lifespan by as much as 15 months, but the right diet can do it even by three years. According to research, dogs fed with commercially-prepared food live, on average, a little more than ten years, while those staying on a raw diet - up to 13 years.

It’s also easier to control your dog’s weight if you pay attention to what you’re feeding him. It reduces the risk of food allergies, and it keeps him energized, even in old age, by improving his mobility and affecting his moods. Chemicals, the lack of vitamin B, and carbohydrates are all present in the commercially-prepared foods and have a bad effect on dogs’ behavior.

Plus, if your dog stays healthy, you will be able to save lots of money that normally, you would be paying your veterinarian. It will keep their teeth cleaner and healthier, and their breath won’t be that bad; there’s also no sugar in the home-made raw meals. There’s more protein in raw meat, which will also mean a shinier coat and healthier skin - 40% of all consumed proteins go into their skin and hair.

A raw diet can really be healthier for your dog if it’s carefully prepared. Dogs are carnivores, and they used to survive primarily on preying. That’s why they could survive many days between meals. Their physiology facilitates the consumption of a large number of proteins in a short period of time; hence, they may have problems digesting carbohydrates, like grains and some plant foods. For unknown reasons, most commercially-prepared foods are based on carbohydrates.

Raw meat, that’s full of protein and fat, will also improve your dog’s muscle tone, as it’s the building blocks of muscles, joints, organs, and more.

Additionally, dry food for dogs very often contains a large amount of salt. As a result, dogs drink much more water and urinate more often, which can all cause kidney diseases. A raw diet is also better for your dog’s stomach, as fresh food is easier to digest, which means less feces.

Are there any risks to a raw diet?

Raw meat may contain bacteria that can pose a threat to your dog’s health or even life, just like in the case of humans. That’s why it’s crucial to get the meat from a trustworthy source. Plus, you should avoid giving your dog the whole bones, as it may lead to choking, broken teeth, or internal punctures.

You are what you eat; these words of wisdom are true, not only in the case of humans. Dogs need all the necessary nutrients to stay healthy and happy. Whenever you consider changing their diet, you should always consult with your veterinarian or a dog food advisor. They will provide you with relevant information as to what your dog needs to develop properly. There are also many online groups where you can find people who have already switched their dogs to a raw diet. It may be helpful to make contact with those who went through it all. 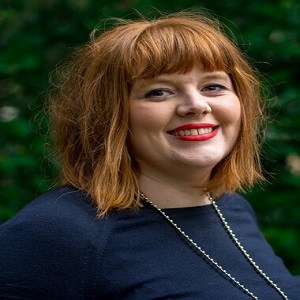 Saundra J. Graves is a housewife. I love to keep my cats happy always. Also, I want to make sure another person takes caring their cats and kittens. Stay with my personal blog to know caring tips and reviews of cat & dog food, other products also.

We use cookies to ensure that we give you the best experience on our website. If you continue to use this site we will assume that you are happy with it.Ok